Landscapes like those in Galway surrounding Thoor Ballylee and Coole Park or Patrick Kavanagh’s Inniskeen Co. Monaghan are not only important natural environments in themselves but a part of the world’s poetic heritage as surely as the Cumberland Lake District of Wordsworth and Coleridge.

Like Yeats, Nobel-Prize winning poet Seamus Heaney is attached to  several landscapes, including the Broagh, Hillhead, Lagan’s Road and the Strand at Lough Beg. However his founding place is Anahorish, the south Derry townland to the west of Lough Neagh which features in some of the poet’s most famous works, including “Digging”, “Blackberry-Picking,” “Death of a Naturalist” and “Mid-term Break”. The poem “Anahorish” begins with a translation of Anach fhíor uisce, the Irish root of the townland’s name. It was, for Heaney, his “place of clear water,” which he called “the first hill in the world”. Bernard O’Donoghue, poet and Emeritus Fellow of Wadham College, Oxford, has said of Heaney that the “importance of his life experience to his poetry is a crucial part of Heaney’s work; he is often referred to as “a poet of place,” and Anahorish is central to that place”.

In October 2016 the Northern Irish government will begin to build a dual-carriageway road through Anahorish, setting for much of Heaney’s best-loved poetry, within about a hundred yards of Mossbawn, his family home. Before his death Heaney himself protested against the proposed road scheme, describing an alternative route through an old aerodrome where there is an industrial estate, as less of a “wound on the ecology.”

Heaney was a great friend to Yeats, Thoor Ballylee and the landscape of South Galway, and reportedly described the scheme as unthinkable as putting a motorway through Coole Park. Coole Park faces its own issues as the encroaching dual-carriageway sweeps just past its gates. It would seem that the poetic landscapes of the whole island of Ireland are under threat, just when the importance of culture and place is being widely re-affirmed in schemes like cities of culture (Derry 2013 and Galway 2020).

The revival of the road scheme is particularly poignant at a time when the Seamus Heaney HomePlace visitors centre in Bellaghy is due to open at the end of the month. Heaney died in Dublin in 2013 and is buried in Bellaghy. Work on the nearby dual-carriageway is due to begin in October.

Time is running out if the scheme is to be opposed. A petition against the road has been set up here at Change.org. Further news stories about the scheme can be viewed in the following from the New Statesman, Belfast Telegraph, and Irish News. 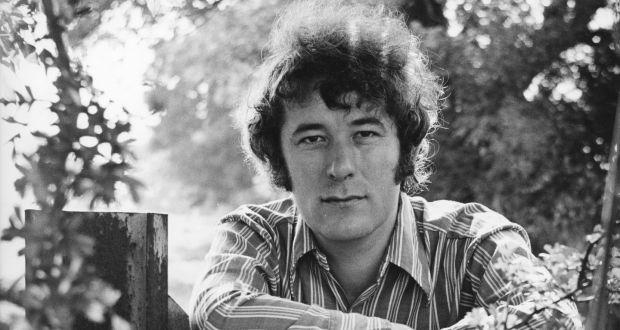