It is eighty years, a lifetime and no time at all, since W.B. Yeats died and was laid to rest at Roquebrune in the south of France. Far from home, friends and energies surrounded him, and he left life still busy working and thinking: “I know for certain my time will not be long. I have put away everything that can be put away that I may speak what I have to speak, & I find my expression is a part of study […]. It seems to me that I have found what I wanted. When I try to put all into a phrase I say, ‘Man can embody truth but he cannot know it’. I must embody it in the completion of my life.” 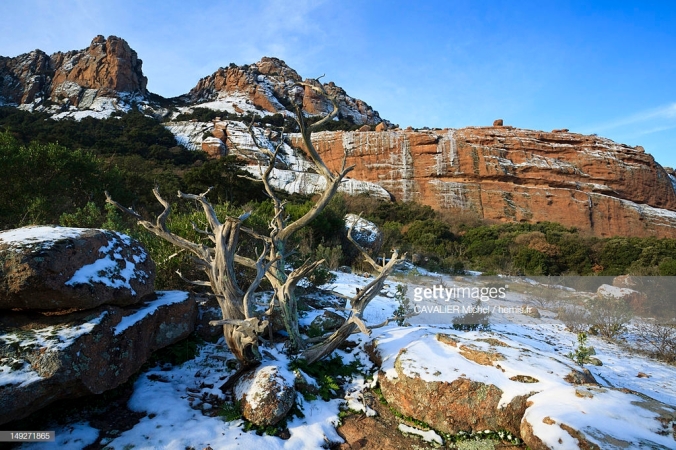 France, Var, Roquebrune sur Argens, snow in winter on the cliffs of the Rocher de Roquebrune

When his death was announced, the wires hummed with tributes from around the world. Most interesting perhaps were responses from his younger contemporaries, Louis MacNeice and W.H. Auden. They had differed politically from Yeats in the ‘low dishonest decade’ of the 1930s, and yet both were moved to respond handsomely. Louis MacNeice would write a one of the earliest and finest books of criticism about the poet, published in 1941, and W.H. Auden wrote several essays and a poem among the finest in the language.

Auden’s poem is sombre, strangely moral, and reflective, as he works out a strong sense of difference amidst his admiration (in its final version below, the poem was revised to leave out any need for forgiveness: ‘Time […] pardons him for writing well’). It records the effect of the poet’s death on the world, but the world’s impress on all he left behind, including those last to know about his passing, his poems. Yeats had been seeking warm weather for his health, but through Auden’s eyes it was marked indelibly by a symbolically cold winter: ‘What instruments we have agree / The day of his death was a dark cold day.’ With the current cold snap across these islands and in North America it is hard not to recall the words of this probing, bracing tribute, first published later in 1939 as the flames of World War Two were rising. 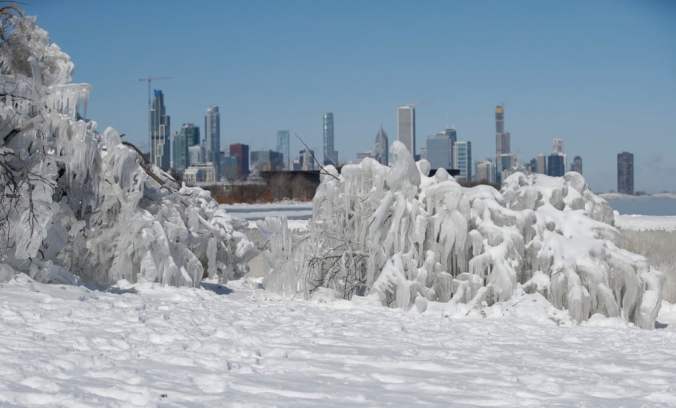 In Memory of W.B. Yeats

I
He disappeared in the dead of winter:
The brooks were frozen, the airports almost deserted,
And snow disfigured the public statues;
The mercury sank in the mouth of the dying day.
What instruments we have agree
The day of his death was a dark cold day.

Far from his illness
The wolves ran on through the evergreen forests,
The peasant river was untempted by the fashionable quays;
By mourning tongues
The death of the poet was kept from his poems.

But for him it was his last afternoon as himself,
An afternoon of nurses and rumours;
The provinces of his body revolted,
The squares of his mind were empty,
Silence invaded the suburbs,
The current of his feeling failed; he became his admirers.

Now he is scattered among a hundred cities
And wholly given over to unfamiliar affections,
To find his happiness in another kind of wood
And be punished under a foreign code of conscience.

The words of a dead man
Are modified in the guts of the living.
But in the importance and noise of to-morrow
When the brokers are roaring like beasts on the floor of the
Bourse,
And the poor have the sufferings to which they are fairly
accustomed,
And each in the cell of himself is almost convinced of his
freedom,
A few thousand will think of this day
As one thinks of a day when one did something slightly unusual.

What instruments we have agree
The day of his death was a dark cold day.

II
You were silly like us; your gift survived it all:
The parish of rich women, physical decay,
Yourself. Mad Ireland hurt you into poetry.
Now Ireland has her madness and her weather still,
For poetry makes nothing happen: it survives
In the valley of its making where executives
Would never want to tamper, flows on south
From ranches of isolation and the busy griefs,
Raw towns that we believe and die in; it survives,
A way of happening, a mouth.

In the nightmare of the dark
All the dogs of Europe bark,
And the living nations wait,
Each sequestered in its hate;

Intellectual disgrace
Stares from every human face,
And the seas of pity lie
Locked and frozen in each eye.

Follow, poet, follow right
To the bottom of the night,
With your unconstraining voice
Still persuade us to rejoice;

With the farming of a verse
Make a vineyard of the curse,
Sing of human unsuccess
In a rapture of distress;

In the deserts of the heart
Let the healing fountain start,
In the prison of his days
Teach the free man how to praise. 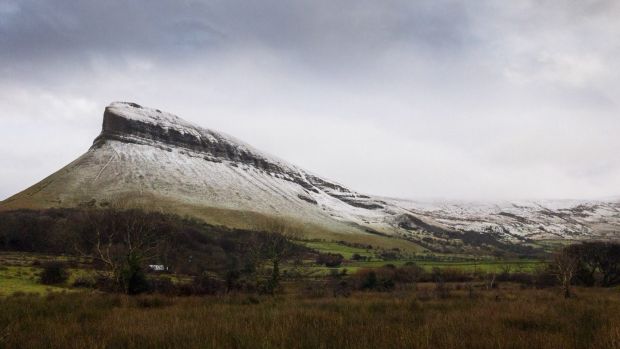 Welcome to Thoor Ballylee.
This fourteenth-century Hiberno-Norman tower was described by Seamus Heaney as the most important building in Ireland, due to its close association with his fellow Nobel Laureate for literature, W.B.Yeats. The Yeats Thoor Ballylee Society are actively seeking funds to ensure the tower and associated cottage are permanently restored and reopened to visitors as a cultural and educational centre.