The Galway Advertiser reported on the event with this piece by Ronnie O’Gorman, quoted below:

“On Saturday the sun bathed South Galway for the unveiling of the new Yeats Exhibition in Thoor Ballylee which is now open to the public every day over the summer.

The Yeats Thoor Ballylee Society was delighted to welcome Sabina Coyne Higgins who officially opened the exhibition, and shared her perspectives on the significance of love in Yeats’s poetry. Since the tower flooded last winter, it was unimaginable that the beauty and tranquility of Ballylee would be enjoyed so soon again.

Fidelma Healy Eames, Chair of the Yeats Thoor Ballylee Society remarked, following this year’s redecoration, that the tower gets better after every flood. Cathaoirleach of Galway County Council, Michael Connolly was also present and together with Minister Sean Canney, pledged to ensure that Thoor Ballylee would continue to be prioritised in local flood management programmes.

Cllr Connolly also stressed the important role that Thoor Ballylee had to play in bringing national and international visitors to the area and stressed its importance as an integral part of the Galway 2020 offering. Without the generosity of Yeats scholar Joseph Hassett, the exhibition would not have been possible.

Mr Hassett was thrilled at the event and gave a sterling speech about the symbolism of the tower in so much of Yeats’s poetry. The new exhibition, curated by Dr Adrian Paterson, Lecturer in English at NUIG, explores Yeats’ relationship with the people and places that most inspired his work.

It looks at the culture of the west, its crafts, stories, and songs; the central importance of the women in his life, most especially of his wife George; and his close connections with the landscapes and people of County Galway, with Coole Park and with Thoor Ballylee.

Children attending the opening were also delighted to complete the new Thoor Scavenger hunt which will be available for all families to complete over the summer. A series of cultural events will be organised over Summer 2016 to honour Yeats’s memory, his heritage and his links with the literary revival and with 1916. The Tower and Exhibition will be open to visitors throughout the summer from 10am to 6pm Monday – Sunday.”

The curator of the new Thoor Ballylee Yeats exhibition, Dr Adrian Paterson, commented:
“It is especially fitting that Thoor Ballylee is open thanks to the support of the Galway community. Many local families have a strong connection with the tower, going back even before the arrival of Yeats and his family, and the tower will remain long after we have all gone. As the worldwide Yeats2015 celebrations made clear, Yeats has a worldwide audience from Seoul to San Francisco, but again and again he made a commitment to west of Ireland as his home and as the nourishing soil for his imagination. Thoor Ballylee is the emblem of that commitment.
“The Thoor Ballylee Yeats exhibition is an attempt to reflect the importance of the west to W. B. Yeats, to illustrate his many artistic collaborations, and to understand the role of the women in his life. Thoor Ballylee represents so much for Yeats, as it still does for us. It is a reminder of Ireland’s turbulent history; a magical symbol drawn deep from the well of our collective memory; the setting for stories and songs about local beauty Mary Hynes; a centre for local crafts and collaborations; a home for Yeats’s family, his wife, children, and their pets; a place of inspiration for some astonishing poetry; a beacon for the arts and all artistic communities; and a monument to lasting creative achievement. Now it has a new exhibition, there are even more reasons to visit this special place.”

The Clare Champion had this on the opening:

A selection of photos from the opening follows. 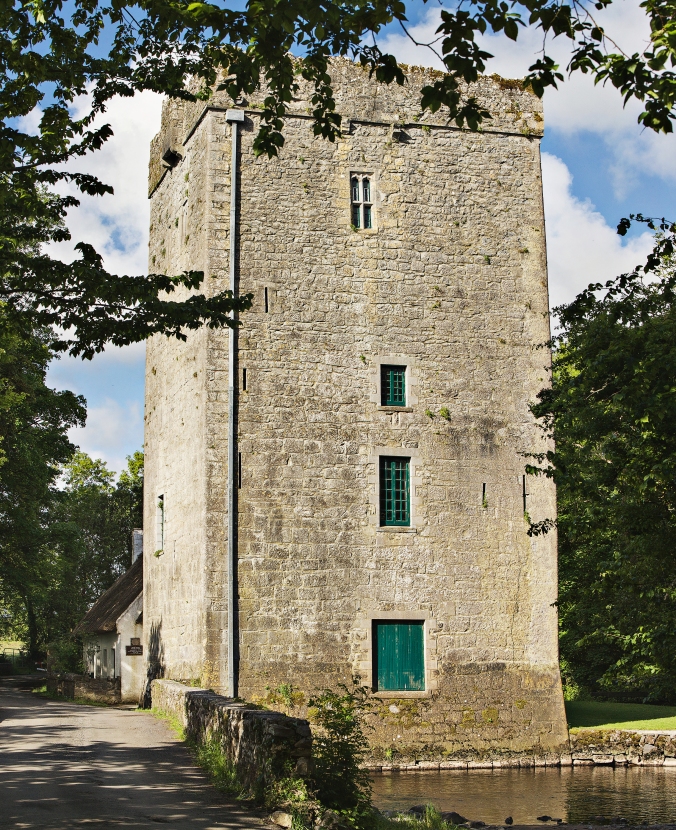