The Irish poet Richard Murphy died last week at the age of ninety.

Late last year Poetry Ireland hosted readings and celebrations in honour of his birthday, attended by friends, admirers, and members of his family including his sister Mary and brother Christopher. As Christopher Murphy’s affectionate talk made clear, although his brother Richard now resided in Sri Lanka, he always maintained strong connections with the west of Ireland, where he is known for restoring and sailing an old boat between Cleggan and Inishbofin in Connemara, chronicled in his poem ‘The Last Galway Hooker’. 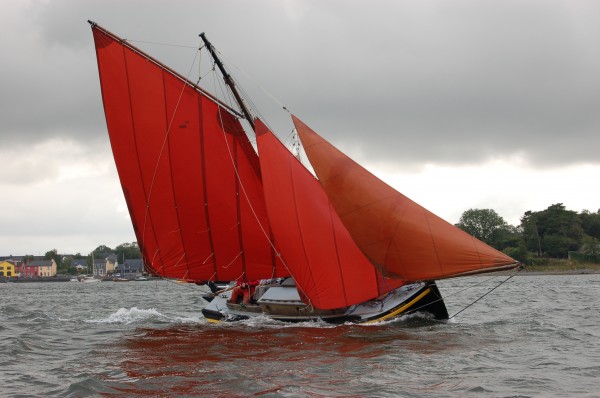 Though the family spent time away from their home in Mayo, Richard Murphy always returned. Living for a time in Rosroe in the house used by the philosopher Ludwig Wittgenstein, Murphy made his life in the west, writing acute poems about land and seascape, included in the volumes Sailing to an Island (1963) and High Island (1974). These poems could only come from someone who fully inhabited the place and his subjects: the poem ‘Cleggan Disaster’ is a sensitive recounting of a shipwreck that profoundly affected the area. The Price of Stone (1985) tells a kind of architectural autobiography in sonnet form from ‘Connemara Quay’ and ‘Killary Hostel’ to ‘Oxford Staircase’, ‘Kylemore Castle’, and ‘Letterfrack Industrial School’.

In the west of Ireland especially Murphy’s life and poetry lives on. It is, for example, the major inspiration for the annual Inish festival on Inishbofin. At the inaugural event, ‘Sailing to an Island’, President Michael D. Higgins’s inspiring talk about Murphy’s love poems made discreet comment on the recent same-sex marriage referendum, and capped an evening of music, readings, and tributes from award-winning poets like Bernard O’Donoghue and Vahni Capildeo.

As it happened many years earlier the epilogue to Murphy’s ‘Cleggan Disaster’ won a prize in London for which one of the judges was the American poet Sylvia Plath. In this passage from Murphy’s autobiography The Kick (Granta 2000, Cork UP 2014), he is setting up home in the Old Forge in Cleggan when Sylvia Plath and her husband the poet Ted Hughes come to visit.

They day after they arrived, there was a forecast of rain and south-east winds, making a passage to the island undesirable. So I took them to Yeats’s Tower at Ballylee and Lady Gregory’s Coole Park. I had no car but a 7 horsepower minivan, used for selling the fish we had caught. Sylvia sat in front, talking to me about her marriage and mine. In the back, which was too small to contain seats, Ted talked to Seamus about poachers, guns, and fishing.

We went first to Coole, where I showed them the copper beech tree in the Pleasure Ground. Sylvia urged Ted to climb a spiked iron fence that protected the tree, and to carve his initials beside those of Yeats. She said he deserved to be in that company […] But the spikes were too sharp for him to climb over.

The Tower at that time was the ruin predicted by Yeats in the poem carved on a stone at Ballylee. People in the neighbourhood had taken everything that could be moved. The Tourist Board had not begun its restoration, and the road was still untarred. A patient ass was rubbing its ears on a gate. Jackdaws fled protesting as we climbed the spiral stairs. From the top, Sylvia threw coins into the stream. Then they noticed a moss-coated apple tree, planted in the time of Yeats, bearing a heavy crop of bright red cookers. Ted and Sylvia both insisted we should steal them. I protested. Ted said they would make good apple pie, enough to keep me through the winter. They put Seamus up the tree to shake the branches, and went to work among the nettles, picking up the apples, gathering more than a hundredweight. My objections were brushed aside. I asked Ted ‘Why are you doing this?’ Standing with his back to the grey limestone wall of the Tower he spoke in a voice of quiet intensity: ‘When you come to a place like this you have to violate it.’

The respect of Plath and Hughes for the poetry of Yeats (and for Hughes especially for his astrological and magical investigations) did not prevent their harvesting the dead poet’s apples. Murphy, while disapproving of the violations of his visitors, took encouragement from their support during this visit for his writing of dramatic monologues, and in The Battle of Aughrim (1967), his deft disposal of these different historical voices demonstrates his conscience as a chronicler of violence. 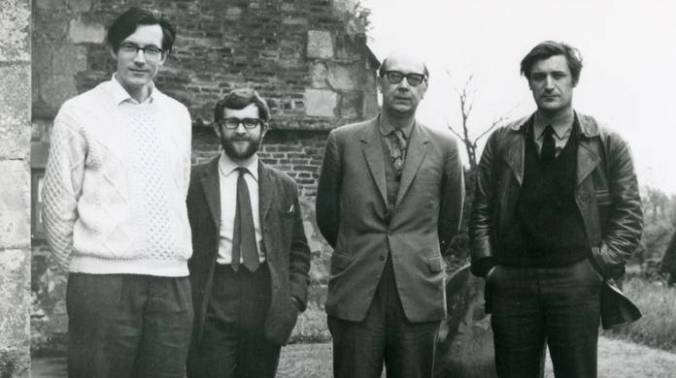 There are still apple and pear trees at Thoor Ballylee, flowering and bearing fruit, despite the odd period of neglect and flooding. Richard Murphy, their would-be custodian, and a sincere, generous, distinguished poet will be remembered fondly in many parts of the world, but nowhere more than in the west of Ireland.

One thought on “Richard Murphy and the apples of Thoor Ballylee”