Join the Lady Gregory-Yeats Autumn Gathering and discover more about our rich literary heritage in Galway, especially at Coole Park and Thoor Ballylee.

This year the Lady Gregory-Yeats Autumn Gathering features a playwriting workshop with Marina Carr and Melissa Sihra and includes exclusive talks from guest speakers, drama, film from the archives, and plenty of chat and socialising.

To mark the 25th anniversary of the annual Lady Gregory-Yeats Autumn Gathering at Coole Park and Thoor Ballylee, playwright Marina Carr and academic Melissa Sihra, conduct a playwriting workshop at Thoor Ballylee. Join one of Ireland’s greatest living dramatists for this unique opportunity. This workshop will take place in The Studio at Thoor Ballylee on Friday 27 September from 2pm to 5pm. To join this exclusive event email monaleen@msn.com – playwrights are invited to submit a one-page monologue in advance and places are limited. 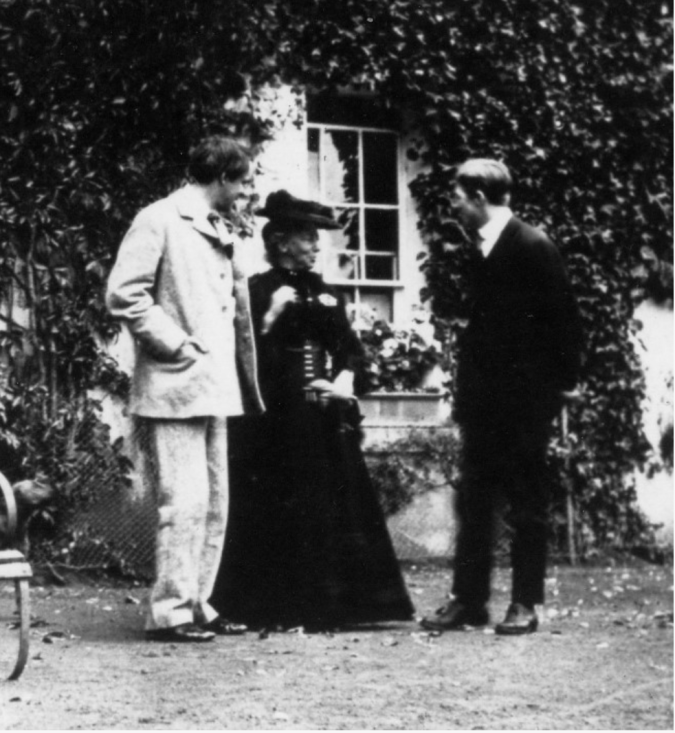 Plus entertainment and candlelit dinner amidst the woodland of Coole Park!

The Pot of Broth

A short play by W. B. Yeats and Augusta Gregory is our featured event for Culture Night at Thoor Ballylee.

The Pot of Broth was premiered in Dublin in 1902 at the Irish National Theatre even before it became the Abbey Theatre. Yeats called it a ‘little farce’, but it pioneered the use of local dialect speech foreshadowing the later comedies of Gregory and J.M. Synge – and some of the comic relief of Yeats’s tragedies. This taut and tightly-worked piece is directed by Anthony Hall and presented by a local theatre group in its first ever performance at Thoor Ballylee, alongside a short talk about the early Abbey Theatre and some real pots of delicious home-cooked broth for the audience.

Drop in for Culture Night Friday 20th September for any of two performances at 7.15pm and 8.15pm – stay and enjoy our exhibitions, climb the tower in the setting sun, and consume our hospitable home-made broth!

A collective of eight poets, writers and visual artists from County Galwaypresent their original works on the theme of sanctuary at a one-day exhibit on Sunday, September 15th, 2019 from noon at the Studio at Thoor Ballylee, outside Gort. The event, The Roots of Your Refuge, will be free and open to the public, and offered rain or shine. Light refreshments will be served.

Conceived by poet, educator, and psychotherapist Aoife Reilly, the exhibition is the culmination of a five-month exploration of what sanctuary means in the natural and modern worlds. It consists of readings of poetry and prose, interactive exhibits, writing exercises, guided meditations, and artworks displayed in the Studio and surrounding woods. Each element was created specifically for this event.

Works will be arranged along a trail, with contributions from each artist and writer presented over the course of the afternoon. Visitors are invited to enjoy the part indoor, part outdoor event in this peaceful wooded setting where they can take in words and images, contribute their own, and tap into what sanctuary means to them.

“This has been a rare opportunity to delve deeply into the age-old need for sanctuary, and set our imaginations free in a beloved natural environment,” said artist Aisling O’Leary, one of the project’s contributors. “For many people, sanctuary is an internal place, but one we arrive at most easily by tapping into nature.”

The grounds and medieval tower house at Thoor Ballylee were a place of sanctuary and inspiration for the poet W.B. Yeats, Nobel laureate for Literature, who spent summers there with his family before and during the Irish Civil War. The curated site attracts visitors from around the world for its serenity and rich history, offering them a place to explore what poet Reilly calls “the sanctity of green/ when you’re shaken to the bone.”